“The Drumsheds adds up to a more European approach to festivals, compared to the early curfews we’re used to here in the UK”
Time Out

With its immense scale and dynamic format, The Drumsheds will break the mould of traditional London venues, bringing a truly unique destination to the city and offering attendees an experience to rival Europe’s most revered music arenas, right on our doorstep.

Teaming up with the UK’s largest, most ambitious regeneration project in Enfield and Meridian Water, there has been a £6bn investment to transform the area into a thriving hub of creativity, including Field Day.

“I’m delighted that the Drumsheds is the latest venue to open in our capital and proud that it shows Enfield’s commitment to delivering the Mayor’s 24-hour vision for London.”
Amy Lame

Located next to Tottenham Marshes, away from residential properties and shielded by tree lines, industrial buildings and the banks of Walthamstow reservoir, Field Day will be the latest running festival in London coming to a close at an unrivalled 3am, with our Late Night parties taking place in the main warehouse space, hosted by Printworks. 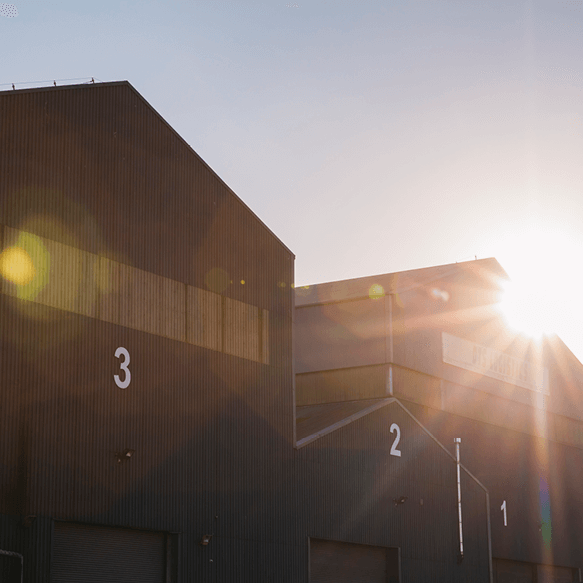 “A rarely seen combination in London of loud sound levels and a late-night license”.
Mixmag 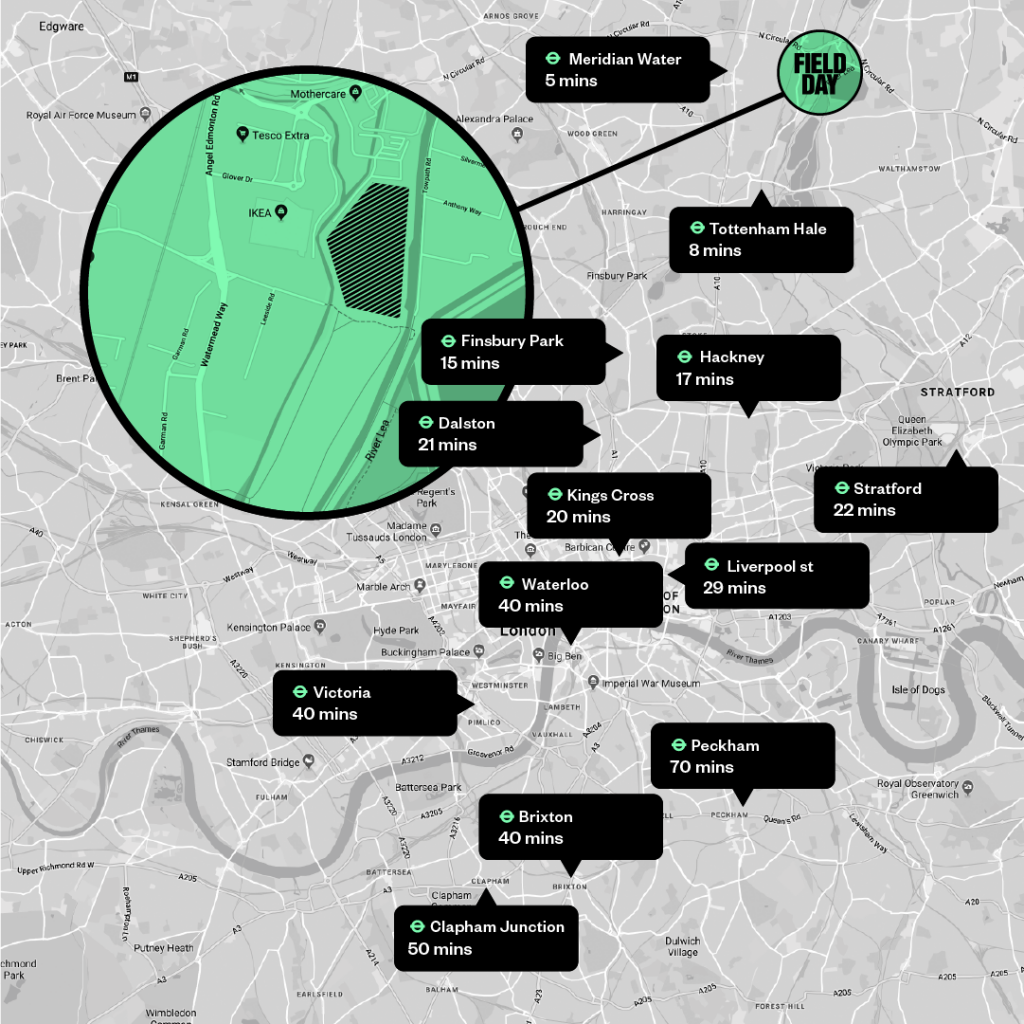 A new Network Rail Overground station – Meridian Water, launches in May this year with direct links to Tottenham Hale in 3 minutes,  Stratford in 17 minutes and Liverpool Street in 24 minutes. A frequent service runs from all three stations. The Drumsheds is a 5-minute walk from Meridian Water Station.